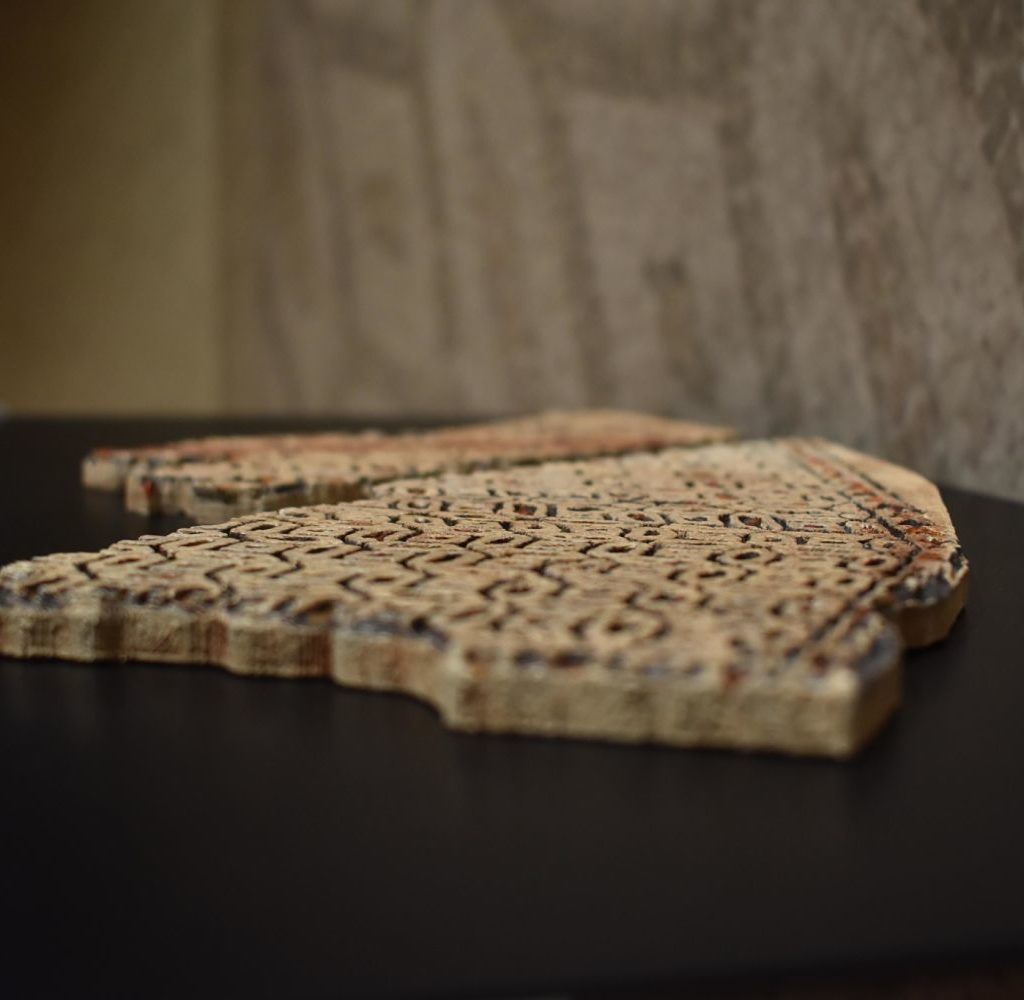 VILLA PETRARIA AND THE ROMAN SETTLEMENT

The traces of the roman culture in Petrer have them delivered in several deposits of the municipal term, and date among the 1st and 6th centuries A.D. We can stand out the villa that consider like the urban origin of Petrer: Villa Petraria. This rural settlement was the luxurious residence of the owner, with his own hot springs, to the time that the farm of production agricultural (oil, came and cereal) and a workshop potter of preparation of knit and bricks, conserving an oven of the four documented. The most important piece of this villa is the polychrome mosaic with geometrical decoration dated in the 4th century A.D., that appeared casually in 1975. 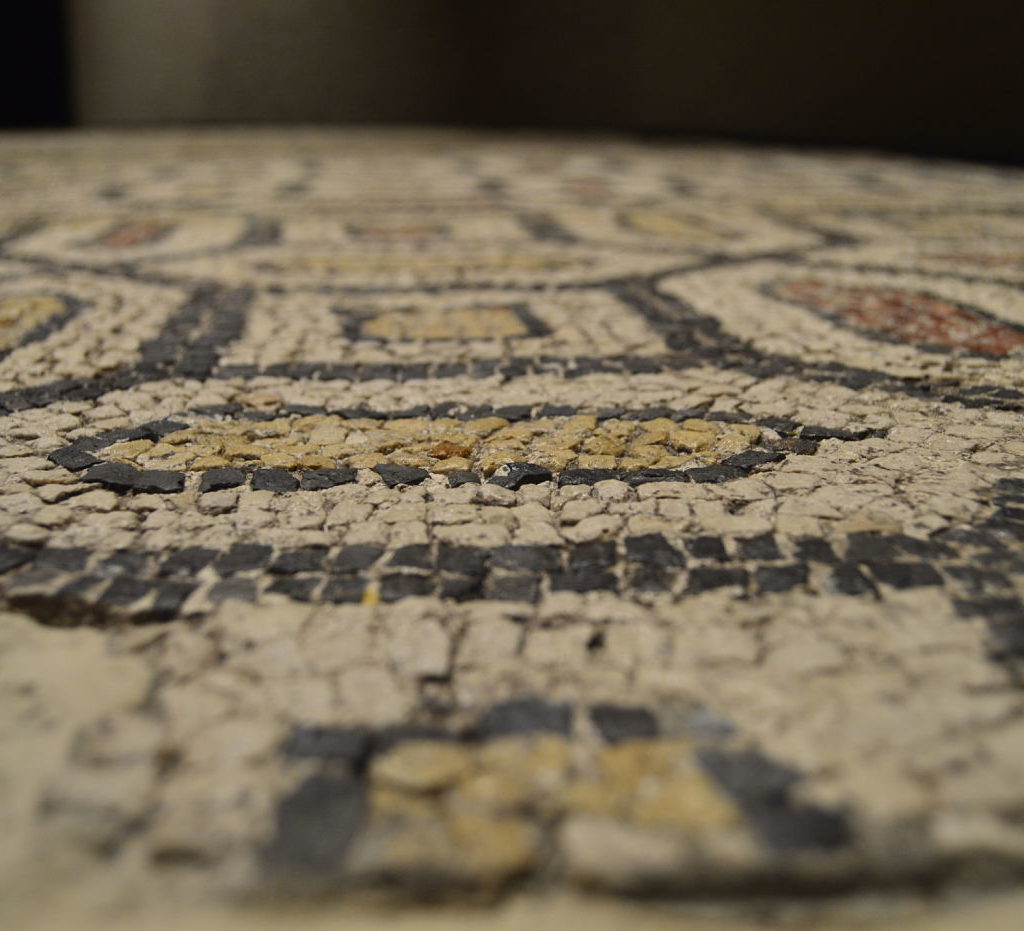 Mosaic
Two fragments of polychrome mosaic made with tesserae and with different geometric designs, whose composition adapts to the space where it was placed. The largest fragment has interlaced octagons, forming four elongated hexagons that surround a square on the four sides that remains as the centre of the composition. These figures contain in their interior similar designs but of smaller dimensions and changing the colour of the tesserae. The second fragment contains a part similar to the previous one and another consisting of secant circles, each divided into four spindles and a rhombus with concave sides in the centre. The two compositions are separated by a braided border. The mosaic was framed by a border of isosceles triangles. The lines that delimit these designs are formed by black tesserae; the figures are yellow and red, and the background is white and beige.