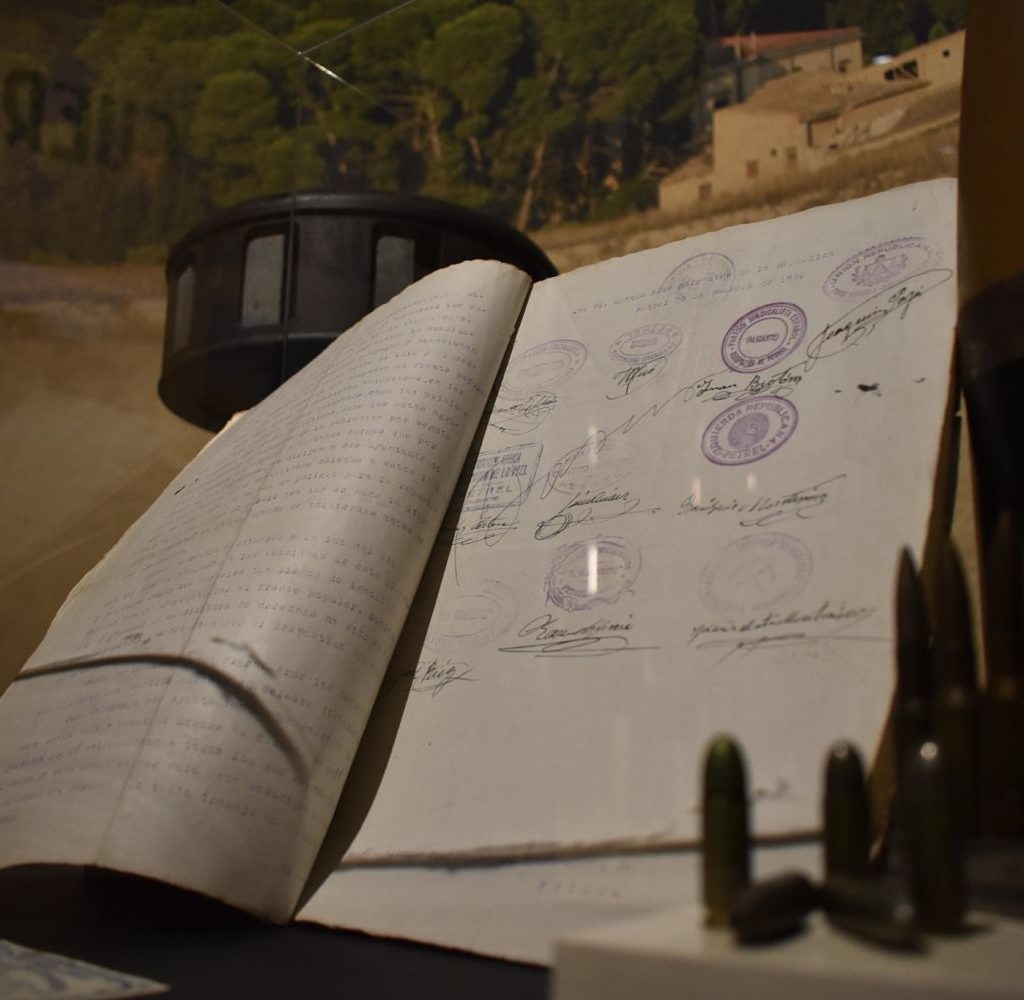 THE CIVIL WAR IN PETRER

The south-east peninsular was the last territory controlled by the Government of the II Republic. This zone of rearguard did that in 1938 moved several factories of armament to Petrer, to the complex fabril of The City without Law. To protect of the possible air strikes created distinct defensive measures like the antiaircraft shelters and the antiaircraft place of The Altico. The last weeks of the Civil War were frantic in our region. The president Juan Negrín fixed his residence in the farm The Poblet, call in key “Position Yuste”. Among 25 February and on 6 March 1939 they celebrated there the two last councils of ministers before leaving to the exile. 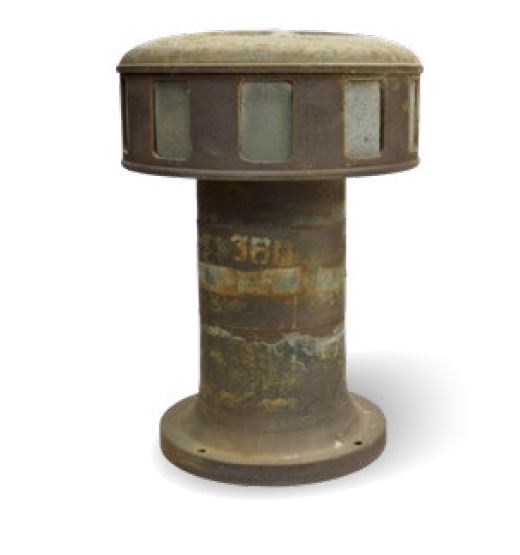 Anti-aircraft siren
Piece made up of two parts: a lower part in the shape of an elongated cylinder with a wider base and four holes for fixing it, with an electric motor inside, and a shorter upper part made up by two concentric metal cylinders whose friction causes the sound. The siren warned of aerial bombardments during the Civil War. It has the serial number 380 marked on the shaft. In the foot of the siren appears a metallic cartouche “Construcciones eléctricas AMG”, because of a later reuse as siren of footwear factory.